The European forum of migration studies (EFMS), founded in 1993, is a research institute studying the causes, consequences and broader implications of migration with the aim of contributing to an informed discourse on migration and integration in Germany and Europe. The institute has been conducting projects on migration theory and statistics as well as various aspects of migration policies and illegal migration. In recent years an increasingly strong focus has been put on research and evaluation projects in the field of migrant integration, with an emphasis on (local) integration processes and policies, young (second generation) migrants, ethnic discrimination and the evaluation of educational integration measures.

The European Policy Centre (EPC) is an independent, not-for-profit think tank, committed to making European integration work. The EPC works at the ‘cutting edge’ of European and global policy-making providing its members and the wider public with rapid, high-quality information and analysis on the EU and global policy agenda. It aims to promote a balanced dialogue between the different constituencies of its membership, spanning all aspects of economic and social life.

The Grup de Recerca sobre Migracions (GRM) – Migration Research Group – is based at the Department of Geography of the Universitat Autònoma de Barcelona, UAB. GRM has been recognized as a consolidated research group by AGAUR -Catalonian Government- for the period 2004-2008 and renewed for the period 2009-2013. The GRM carries out research on migration and settlement from an interdisciplinary perspective with a special reference to Catalonia, the Iberian peninsula, Europe and the Mediterranean.

The Centre on Migration, Policy and Society (COMPAS) was established within the School of Anthropology at the University of Oxford in 2001, is funded by the Economic and Social Research Council (ESRC). Its mission is to conduct high quality research in order to develop theory and knowledge, inform policy-making and public debate, and engage users of research within the field of migration.

TARKI Joint Research Centre, is a non-profit research organisation founded in 1985. Although based in Budapest and engaged in the analysis of Hungarian social issues, TARKI places a strong emphasis on comparative analyses and provides expertise on European social structure, income distribution, social mobility and attitudes as well as on the operation of national social welfare regimes. TARKI has a strong tradition of social reporting that aims to elucidate Hungarian and European socioeconomic trends and their evolution over time.

FIERI – Forum Internazionale ed Europeo di Ricerche sull’Immigrazione is an Italian and international interdisciplinary network. Its main research area regards migratory phenomena and the inclusion of immigrant communities or communities of immigrant origin. FIERI carries out comparative research projects both on international level, between different political, economic and social systems, and on national level, between different local contexts, with special attention to policies concerning immigration and immigrants. The main aim is to provide public decision-makers and the media with a solid base of empirical knowledge on the migration phenomenon and the most suitable, effective ways to handle it. 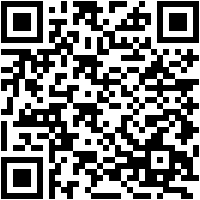