I. The expression “Concordia Discors” comes from the Latin poet Horace’s epistles and has become paradigm of a dynamic state of “discordant harmony”. A fundamental assumption of this project is that integration is a dynamic achievement and it is not a rigid state nor the conceptual opposite of conflict. Therefore it is necessary to face, thematize and analyze the inter-group tensions associated with integration processes, as a precondition to deal with such tensions proactively and constructively. We have thus investigated different modes of intergroup relations, in particular the various shapes of conflict and cooperation, including intermediate patterns of interactions, seen as developmental dynamics of integration processes.

II. Another assumption concerns the view of intergroup relations. We have adopted the boundary-making perspective proposed by Fredrik Barth as early as the 1960s, according to which ethnic distinctions have a relational nature and they may (or may not) crosscut groups of shared culture or nationality. Therefore, our units of observation are individuals and organised groups, that we have not pre-clustered into ethnic groups since the existence and the configuration of such groups will rather be part of the research findings. Coherently with this approach we have looked not only at ethnic/migration cleavages but also at other relevant cleavages which structure interactions – overlapping, reinforcing or blurring the ones produced by migration – such as the cleavages based on socio-economic status, generation or length of stay in the neighbourhood. The choice of this approach is the reason why we use the term “intergroup relations” and not “interethnic relations”.

III. A third assumption inspiring this project is that places matter in shaping relations among groups. Given that contemporary cities are (increasingly) internally fragmented and too heterogeneous to be investigated as undifferentiated places, we focused our study on those specific areas in cities which share urban and social characteristics and are called quarters. We define the quarter as a sub-municipal urban entity, which is not necessarily an autonomous administrative entity, but whose identity is recognisable (although not necessarily with a shared perception of its exact geographical boundaries).

IV. Given these three assumptions, Concordia Discors have investigated intergroup relations at the quarter level, in order to produce a deep, strongly empirically-based and directly policy relevant understanding of integration and conflict processes.
We focused on the quarter specificities, nonetheless adopting a wide perspective and taking factors into account which belong both to the macro and micro levels. In particular, we analysed the role played in shaping intergroup relations by:

V. We have referred to different disciplines and fields of study, using both quantitative and qualitative methods. The main methodological steps of the Concordia Discors project are the following.

VI. The Concordia Discors project has adopted a comparative perspective which has been articulated over two levels:

The project’s specific focus has been on eleven quarters of five European cities, each of which has been investigated by one research partner: Barcelona by the Migration Research Group of the Autonomous University of Barcelona, Budapest by TARKI, London by COMPAS of the University of Oxford, Nüremberg by efms of the University of Bamberg and Torino by FIERI. A sixth partner, the Brussels-based European Policy Centre (EPC), has been in charge of the dissemination of results and of networking and institutional relations with decision-makers and civil society organizations at EU level.
For each city a Background report and a Final report have been produced, whereas the Synthesis report provides a comparative analysis of all eleven quarters of the five target cities. 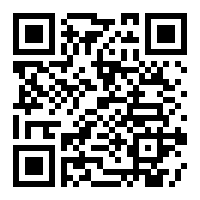